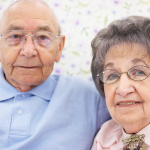 On March 22, 2013, the Illinois Second District Appellate Court affirmed the decision of the Honorable Judge Popejoy of DuPage County in dismissing a lawsuit filed against a nursing home, Manorcare of Westmont (“Manorcare”), as untimely.

On February 18, 2011, Violet Radwill as the Administrator of the Estate of Richard Radwill, her husband, filed a lawsuit against Manorcare alleging that Manorcare abused and/or neglected Richard during his residency at the nursing home causing him to experience personal injuries, pain and suffering, medical bills and expenses, and ultimately, death.  Richard passed away on February 19, 2007.

Violet’s lawsuit against Manorcare was filed nearly four years after Richard’s date of death.  In the state of Illinois, generally speaking, a claim for “healing arts malpractice” (i.e. a claim alleging that a health care provider breached a duty to a patient or resident), must be brought within two years from the date that the plaintiff knew or reasonably should have known that the cause of action accrued.  735 ILCS 5/13-212(a). Here, that date would be two years from the date Richard passed away or by February 19, 2009.  There are a few exceptions – but two years is the general rule.

In an apparent attempt to avoid the two year statute of limitations, Violet also pleads a “breach of contract” claim in her complaint.  In summary, Violet alleged that Richard entered into an agreement with Manorcare to provide him with care and that Manorcare breached that agreement by failing to provide Richard with good care.  In Illinois, the statute of limitations for oral contracts is five years.  735 ILCS 5/13-205.  For written contracts, it is ten years.  735 ILCS 5/13-206.

The Second District did not agree with Violet’s argument that her breach of contract claim fell within the statutory scheme of 5/13-205 or 206.  Rather, the Court stated that the “breach of contract” claim brought against Manorcare was really a claim for “breach” of medical care, not breach of contract, which would fall under the two year statute.

The Court also stated that section 13-212(a) of the Code of Civil Procedure applies to nursing homes, even though a nursing home is not listed as a health care provider subject to the two-year limitations period of that Section.  The Court further held that “exception to law-of-the-case doctrine” does not apply, as no higher reviewing court has made subsequent contrary ruling on same issue; and as the prior decision of the Court was not palpably erroneous.

Accordingly, Violet’s claim on behalf of her husband against Manorcare is dead and she will be unable to recover against the nursing home for the abuse and neglect her husband experienced during his residency at the facility.

Time and time again we remind our clients and social media followers that if you suspect that a loved one has become the victim of nursing home abuse and neglect, begin an investigation sooner than later.  A law firm, like Argento Law Group, P.C., can be hired to do an investigation with no fee to the nursing home resident or the family.  If you have questions about the care your friend or family member is receiving at a nursing home, like Manorcare, call (847) 628-8305 or email solutions@argentolaw.com to schedule your free consultation.