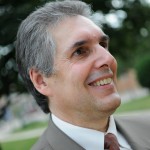 In order to meet the financial burden of nursing home costs, an area of the law known as Medicaid Planning has developed.  A Google search of the terms “Illinois Medicaid Planning” turned up 24,900 hits of various law firms and organizations advising you on how to plan to qualify for Medicaid.  Many of these firms and organizations charge a hefty fee up front to guide you through the Medicaid process.

Medicaid is a joint federal/state program that provides health insurance coverage to low-income children, seniors and people with disabilities.  In addition, it covers care in a nursing home for those who qualify.  In the absence of any other public program covering long-term care, Medicaid has become the default nursing home insurance for many Americans.

The basic strategy of Medicaid Planning is to structure your asset ownership so that you will qualify for Medicaid benefits while preserving as much of your assets as possible to carry out your estate plan. In order to be eligible for Medicaid benefits, a nursing home resident may have no more than $2,000 in “countable” assets. The spouse of a nursing home resident–called the “community spouse” — is limited to up to $113,640 in “countable” assets. This figure changes each year to reflect inflation.

The popular perception among many elderly Americans is that, in order to qualify for Medicaid and other public benefits, they should move assets out of their own names and into the names of their children.

There are three serious problems inherent in such an asset transfer strategy.  First, the federal statute governing Medicaid eligibility as applied in Illinois, provides for a “look back” period of 60 months, for persons who have transferred their assets for less than fair market value (there are some exceptions for special needs situations that are not relevant here – see 42 U.S.C. sec. 1396(c)-(d)) and a penalty for any such transfers.  For instance, if an individual transfers $90,000 on April 1, 2012, moves to a nursing home on April 1,2013, and spends down to Medicaid eligibility on April 1, 2013, there will be an 18-month penalty period of ineligibility beginning on April 1, 2013.

Second, creditors of the transferor (the parent) might claim that the transfer was fraudulent, in derogation of their rights.  Legally, you are not allowed to make gifts intended to defraud your creditors.  This means, if you run up a big credit card bill, you cannot legally give away your assets deliberately so you can’t pay the debt as it comes due.  If you do, the courts can make the people you gave your money to, give it back, because it was given as a “fraudulent transfer.”  This same basic rule applies if you are attempting to qualify for Medicaid.

Third, the creditors of the transferee (the children) might claim that the assets have been irrevocably transferred by the parent and are now available to satisfy their claims.  Unfortunately, it is this last eventuality that came to bite the parent in a recent case, In re Woodworth, 2013 WL 486669 (Bk.E.D.Va., February 6, 2013).

The daughter, Ms Woodworth, claimed that the $142,742 really belonged to her mother, was never her property and always was held in trust or for the benefit of her mother, Ms Stutesman.   After all, she argued, why would a woman who was advancing in years, nearing retirement and still working for a meager hourly wage, give the entirety of her retirement nest egg to her daughter?  Importantly, Ms Stutesman testified that she wanted to remove the funds from her own name and place them into the name of her daughter in order to be eligible for Medicaid and other publicly available benefits, should the need arise.  Both Ms Stutesman and Ms Woodworth testified that the Trust’s assets were to be used as a retirement fund for Ms Stutesman and that Ms Woodworth would only receive the remainder of the funds, if any, after her mother passed away.

The court was wise to the ways of the parties in this case.  The court recognized that the express terms of the Trust indicated otherwise. Legally, the assets in the Trust belonged to the daughter.  In ruling that the Bankruptcy Trustee was entitled to the funds in order to pay the daughter’s creditors, the Judge noted that Ms Stutesman could not have it both ways—she can’t part with legal title for purposes of Medicaid eligibility, and at the same time claim, that she retained an interest in the money.  To allow this kind of secret reservation of rights to the funds would be to sanction Medicaid fraud.

So, while Ms Stutesman got exactly what she paid for —  a hefty fee of $18,828 for, i.e., a plan that legally gave away her assets in order to qualify Medicaid, did she really get what she wanted?  Think long and hard when someone is recommending that you give your assets to your children in order to qualify for Medicaid and nursing home coverage.  Once you legally give something away, it is no longer yours.  Divorcing spouses or other creditors may just come calling for their share of what was once the parents’ money.